A Look into the Ongoing Evolution of the Metrology Market 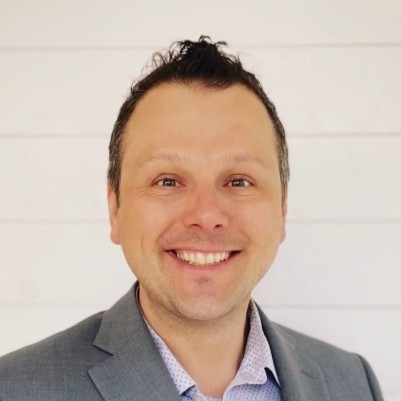 Metrology has long played a crucial behind-the-scenes role in the production of the manufactured objects that make up the world around us. Nearly every product – from the simplest consumer electronic, to the newest and most sophisticated automobile – contains parts and components that need to fit together and have very little room for error when it comes to tolerances.

Manufacturers, eager to make their product development processes as efficient as possible, rely on metrology to conduct measurements and inspections that can detect any defects early in the process.

For Metrology software vendors, the ability to best serve manufacturing customers in achieving these goals has required constant evolution, and over the past decade, they have adapted their offerings accordingly – but more challenges remain on the horizon.

The Evolution of the Market

One of the biggest changes metrology vendors adjusted to over the past 5-10 years centered around the importance of supporting a multitude of 3D CAD file types from a variety of CAD applications.

Metrology software must rapidly compare measured points from a multi‐axis probe, vision system, or laser scanner to the surfaces described in the original CAD file for the part or component – but accurate measurement requires access to good data.

This is impossible if the CAD data to which it is compared is inaccurate. The metrology market responded to this need by enabling a large variety of CAD formats to be natively read – providing access to quality 3D CAD data and enabling more inspection data to be processed.

While evolving on this front, metrology vendors simultaneously had to contend with the emergence of new trends such as connectivity (IoT), data sharing over the cloud, and mobile computing.

Once again, the metrology market addressed this development head on. While metrology software had traditionally resided on the desktop in close proximity to the measuring device, it rapidly changed to accommodate these new factors.

Having ably addressed these various trends to bring the market to where it is now, what hurdles will they need to get over in the next decade?

One of the first challenges to face down has nothing to do with software, per se, but with the people who develop it.

Simply put, there’s a fierce war for talent right now – and one of the biggest challenges metrology software vendors are wrestling with is finding, hiring, and retaining people with a very specific set of knowledge. They need people with knowledge in many fields, including robotics, kinematics, and numerical mathematics, as well as more generalized metrology knowledge. Needless to say, finding good people is not as simple as hanging up a “Help wanted” sign.

Meanwhile, the need to support a multitude of CAD formats has only grown. There’s a growing recognition that open software – rather than proprietary offerings – is the way to go. As much as vendors might want to monopolize the market, there will always be multiple viable players operating in the space. This only reinforces the importance of being able to seamlessly communicate and work with other people and other devices – which means the ability to support ever more data formats.

At the same time that metrology vendors are adding more functionality to their products and making them increasingly powerful and complex, there is a growing premium on user friendliness. Users expect to be able to get up and running with a product quickly, no matter how powerful or feature-rich it might be.

Innovative vendors are responding with intuitive, user-friendly products where end-users don’t need a hundred-page manual and hours of training to learn how to work with it – and they deliver this user experience without sacrificing any functionality. For example, take industry veterans Hexagon and their application Inspire or market newcomers Elven Dynamics and their Nexos 4.0 product. Both providers have been successful in striking a balance between adding increased functionality while providing powerful user-friendly applications.

Additionally, the nature of measurement itself is evolving. Non-contact – a move away from tactile probing towards scanning – is the current direction of the industry, as evidenced by the metrology equipment most commonly being purchased and deployed. This trend toward scanning means lots of data to handle, which in turn has several implications.

For starters, the ability to visualize all that data properly requires powerful graphics support to ensure realistic 3D visualization of metrology workflows. There are also implications for the great cloud versus desktop debate. When dealing with metrology hardware that is generating huge amounts of data for processing, just getting that data to travel to a laptop or desktop in a speedy manner via a USB cable is its own challenge; having it make a round trip through a network to a screen is a whole other problem.

For that reason, there will continue to be opportunities in the market not just for carefully architected desktop and cloud metrology offerings, but also hybrid solutions, where on-premises software initially takes the data, and certain functions like reporting or analysis are performed in the cloud. This type of hybrid solution was recently echoed by David O’Neal, a Product Manager with Hexagon Manufacturing Intelligence when questioned on the near-term future of metrology applications.

How will metrology software vendors respond to these trends and navigate these various challenges over the coming decade?

Fortunately, they don’t have to do it alone. Third-party SDKs – particularly those that support fast and accurate 3D CAD data access and powerful 3D visualization on desktop, mobile, or web – can help vendors evolve their offerings to keep pace with the market while freeing up the bandwidth of their software development resources during a tight labor market.

In the decades to come, just as in decades past, metrology applications will be judged by the quality, power, speed, and automation of the software that drives them. By choosing the right software toolkits to build upon, vendors can successfully adjust to the challenges of a changing manufacturing environment and write the next chapter for metrology software.

For continued reading on the future of metrology, consider Metrology News’s recent take on the role metrology will play through the 2030’s or learn about the Metrology for the Factory of the Future project (Met4FoF) which concluded in September 2021.